A study that will cost close to $300,000 has been approved by the Windward Planning Commission, and the purpose of the study is to investigate the affect geothermal energy development has on Hawaii’s indigenous population.

Critics complain that Native Hawaiians have been ignored regarding plans involving the development of this renewable resource.

The commission approved the money in two 4-0 votes last week, according to The Hawaii Tribune-Herald. The commission responded to a request from geothermal critics and those who claim that the U.S. state’s indigenous people have not been heard throughout discussions that concern the controversial issue.

The commission approved the funding request for the study and the county Planning Department was directed to assist in drafting a plan for a Native Hawaiian Health Study Review Board. The study will be carried out by environment psychologist, Michael Edelstein. Puna Pono Alliance, Sierra Club-Moku Ola Group, Pele Defense, Malu ‘Aina, and Ohana Hoopakele selected Edelstein for the task.

Opponents argue that geothermal energy development has a negative impact on Native Hawaiian culture and religion.

Prior to the vote, there were many speakers who testified that tapping into underground heat sources has a significant impact on Hawaiian natives, their culture and their religious practices, which revere Pele, the goddess of volcanoes. 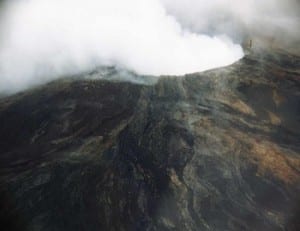 Ronal Fujiyoshi, one of the speakers and a pastor with Olaa First Hawaiian Church and treasurer of Ohana Hoopakele, said that culture views should not be overlooked. He said that he “sees all religions as equally valid” and a study would help to shed light on impacts that are currently unknown to many.

The vice president of the Puna Pono Alliance and a member of the geothermal working group, Tom Travis, commented that the approved study will help to remedy the oversight of the group’s report of not addressing issues concerning Native Hawaiians. After the meeting, he said that he “felt like we righted a wrong today.”

Although it is not yet known when the study will take place, according to the funding request, Edelstein will carry out a “baseline and prospective psycho-social impact assessment on the Big Island of Hawaii in order to identify both past, existing and potential adverse impacts upon Native Hawaiians associated with the development of geothermal energy generation facilities.”