New solar energy system installed in the US ever 2.5 minutes

Report notes that a new solar power system is installed in the US every 2.5 minutes on average

GTM Research has released a new report concerning the growth of solar energy in the country. Solar power has been growing quickly in the country over the past few years, powered by investments being made by the private and public sectors. Within the residential sector, solar power has been growing particularly quick, thanks to incentives being offered by state governments that want to reduce the consumption of fossil-fuels and other forms of traditional energy.

Solar power is gaining momentum throughout the country 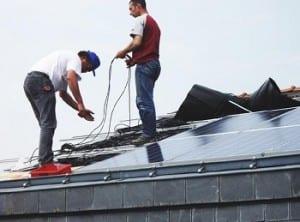 In 2014, the number of new solar energy systems installed was four times higher than the number of these systems that were installed in 2011. The rate at which new energy systems are installed is expected to accelerate in 2015 and 2016, as new incentives become available and the demand for renewable energy continues to rise. The residential sector is expected to remain the primary market for solar power, though large-scale utility projects are also expected to emerge in the coming years.

Solar power has managed to gain strong support in the United States because of its economy and environmental prospects. The country believes that solar energy can help it accomplish its emissions reduction goals and lower its reliance on fossil-fuels, thus reduce the costs it sees in purchasing oil from foreign countries. With strong support from the federal government, solar energy is likely to become one of the leading forms of power in the United States in the coming decades.