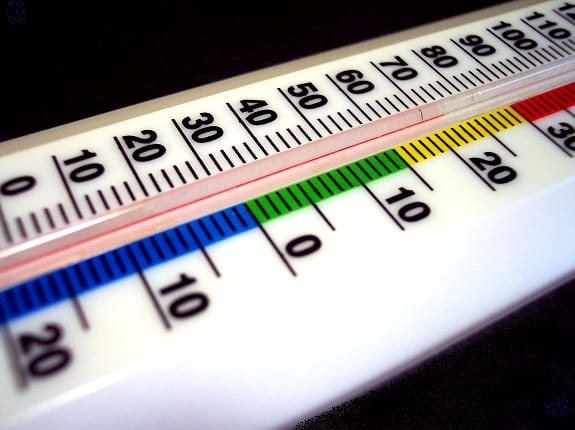 Scientists have developed a method for taking a geothermal reservoir’s temperature.

The new method is based on an old technique.

The process for taking the temperature isn’t exactly new. It is actually a 20 year old technique called solute geothermometry, which has undergone a high-tech transformation. More specifically, the new method involves a computer program known as GeoT that measures a deep reservoir’s temperature. It does this first with the concentrations of dissolved salts from a fluid sample that is attained at the surface, for instance, a hot spring.

From there, it reconstructs the information it has received to reflect what the water composition within a deep geothermal reservoir would be, which could be one kilometer below the earth’s surface. This reconstruction can provide a good indication of the subsurface reservoir’s temperature because a mineral’s solubility is a function of temperature.

Nicolas Spycher, a scientist in Berkley Lab’s Earth Sciences Division and the leader of the project, said “Our method is not intended to replace older techniques, but to complement them and advance a way of investigating deep reservoirs in a more integrated manner.” He added that “It’s another way of increasing our confidence over whether a geothermal resource is worth further study.”

The geothermal research could become an important tool for scientists.

Preliminary tests have shown that it is quite possible that this method is more dependable than current techniques used for thermal waters that have been blended with lost gases, groundwater, or a combination of the two. Thus, it could eventually become an important tool for helping scientist with geothermal site evaluations.

The GeoT software has been tested in Nevada on a geothermal system at Dixie Valley. Spycher said that in the past, it was very time consuming to process whole-water analyses and there was a lot of trial and error required for lining-up mineral saturation points. With the new software, the process is far simpler and multiple waters can be processed simultaneously.

The geothermal research conducted by Spycher and the team of scientist, has resulted in the development of GeoT, which has modernized the traditional solute geothermometry measurements technique.