Geothermal energy project in Kenya a problem for locals 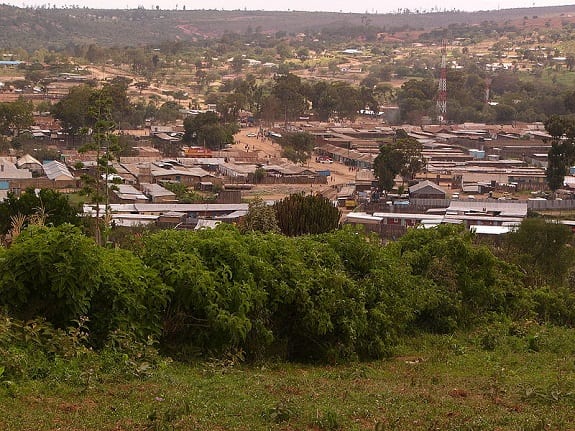 Although the Kenya Government has undertaken a massive exploratory process in the Rift Valley to maximize on the potential of geothermal energy within the area, one of the problems with this quest to make the most of this renewable source is that the local Pastoralist Maasai communities, who live off the land where these prospective geothermal deposits exist, were never consulted about the project and many have lost land and have been forced to relocate, repeatedly.

The Kenya Rift Valley geothermal potential was discovered in the mid 1950’s.

There are several geothermal prospects in the region, such as Suswa, Lake Magadi, Menengai, Eburru, Paka, Korosi, Namarunu, Olkaria and others. Two wells were drilled at Olkaria in 1956. After seeing promising results, in 1970, the Kenya Power and Lighting Co. and UNDP (United Nations Development Program) proceeded with a widespread exploration program in the Rift Valley.

Olkaria was identified as being the top candidate for drilling exploration. Six wells were drilled by 1976 and in 1981 the first 15 megawatt (MW) generation unit was built. According to local elders of the Maasai communities, since the start of the exploration process, the locals have been forced to move to adjacent lands from which they had to move again when a new stage of the project commenced. The Maasai are dependent on the land and each time they move this directly impacts their survival because the amount of grazing land for the livestock, their mainstay, becomes smaller.

Worse still, the Maasai claim they have not received any compensation for the land they have lost, even though The World Bank has stated it has invested US$409 million in the development of geothermal projects since 2007 and it planned to provide another US$500 million in the Rift Valley and other areas of the word in 2013.

The evictions are in violation of the international human rights laws, as well as the African Charter on Human and Peoples’ Rights, ILO Convention 169 and the UN Declaration on the Rights of Indigenous Peoples.

The exploration, development and use of geothermal resources in Olkaria have been undertaken with no regard for the local communities or the environment. According to Nature Kenya, KenGen has violated Clean Mechanisms principles, which has resulted in the loss of approximately 32 square kilometers of wildlife habitat. In addition, the Naivasha power station is responsible for toxic waste that has not only been emitted into the air, but has been disposed of in local waterways.

Furthermore, geothermal energy may be a renewable source of power and an alternative energy to fossil fuels, but depending on how it is utilized, it is not necessarily safe or healthy for people or the environment. Geothermal power plants have been blamed for causing noise pollution, and for releasing hydrogen sulphide gas into the environment.