The European Commission, the legislative arm of the European Union, has issued a report criticizing the energy revolution occurring in Germany. While the European Commission has been a strong advocate for renewable energy, the costs associated with Germany’s transition away from fossil-fuels and nuclear power has raised some concerns. The report issues recommendations concerning Germany’s energy transition and outlines actions the country should consider taking in order to mitigate costs and make the move toward renewable energy less turbulent.

Germany has been undergoing an aggressive transition in its energy policies. This transition, called Energiewende, involves the replacement of fossil-fuels and nuclear power with renewable energy, such as solar and wind. Energiewende is meant to reduce the emissions that the country is responsible for by as much as 95% by 2050 and boost energy efficiency throughout Germany by 50% by that same time. By 2050, no less than 60% of the country’s energy should come from renewable sources, according to the country’s energy policies. While Energiewende is an ambitious initiative, Germany has made strong progress concerning its renewable energy goals, but the transition has come at a high price. 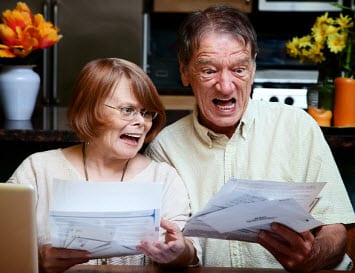 Developing and adopting new forms of energy is an expensive endeavor. The country’s energy grid is not built to accommodate the electrical power generated by renewable energy systems. As such, the energy grid must be modernized, enhanced with new storage and distribution technologies that are more accommodating to solar and wind energy systems. The German government has also had to provide financial support and incentives for renewable energy companies to develop projects in the country. Germany’s feed-in tariff, designed to encourage the adoption of solar energy systems among homeowners, was so popular among citizens that it threatened to bankrupt the government, highlighting the financial risks associated with Energiewende.

The European Commission is recommending that Germany work more closely with neighboring countries, which have expressed willingness to share the financial burden associated with the adoption of renewable energy. The country is also being encouraged to reduce the tax benefits provided to renewable energy developers and work to keep the costs of clean energy adoption as low as possible.