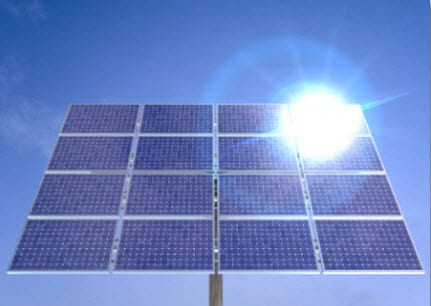 Germany has emerged as a pioneer in terms of solar energy recently. The nation has been throwing its support behind alternative energy for some time, with a particular interest in solar power. The country garnered acclaim for the innovative solar energy subsidies that were introduced by the government that encouraged the adoption of the alternative energy amongst the country’s homeowners. In the wake of the Fukushima nuclear disaster in Japan, Germany abandoned its nuclear energy endeavors in favor of safer options. Now, the country has reached a milestone in its use of solar energy.

Half of country’s energy demands met thanks to alternative energy

Government officials claim that this milestone is proof of the viability of solar energy. The fact that the country was able to meet half of its energy needs through the use of solar power during the weekend is being considered a major accomplishment. The German solar energy industry continues to break records and show that alternative energy should be taken more seriously by developed countries.

By the year 2022, Germany expects to have shut down its remaining 9 nuclear power plants. The lack of these nuclear power facilities will create a gap in the country’s energy infrastructure, which is expected to be filled by solar energy systems. Though the German government recently scaled back its efforts to promote residential solar energy, it still has plans to support the growth of the industry as a whole.