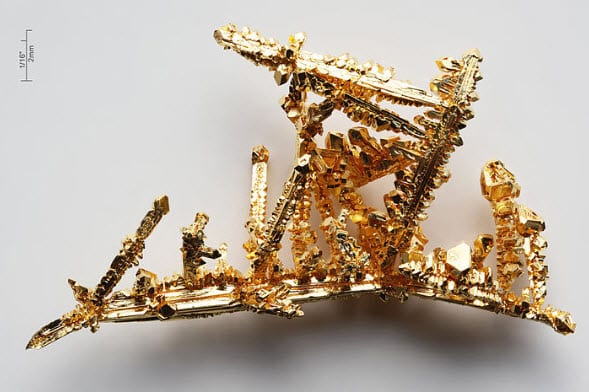 Hydrogen fuel cells are gaining momentum around the world as powerful energy systems, but are suffering due to how expensive they are. As alternative energy systems, fuel cells are difficult to match, both in terms of performance and cost. Hydrogen fuel cells are capable of performing on par with conventional systems that make use of fossil-fuels, but are significantly more expensive. This cost has made fuel cells somewhat unpopular as alternatives to fossil-fuels and other energies, such as solar and wind. The high cost of fuel cells is often associated with the expensive materials that are used in their manufacture.

Fuel cells produce electricity through electrochemical processes. These processes are made possible through the use of a catalyst. These catalysts are typically made out of platinum, which an expensive metal that requires an extensive refinement process in order to be usable. The demand for alternative energy has led many fuel cell manufacturers and technology companies to seek alternatives to platinum catalysts. Silicon and silver have becomes somewhat popular, but gold may hold the most promise in reducing the cost of fuel cells without sacrificing their performance.

Several fuel cell manufacturers throughout Asia have been producing gold catalysts for years. Gold is a valuable material, but much less expensive than platinum. It is often used in electronics due to its conductive properties, but some companies have found that a small amount of gold can be used to produce viable fuel cell catalysts. These companies use gold nanoparticles to coat catalysts made from less expensive materials. These particles behave similarly to platinum in terms of proton receptivity and oxidation resistance, making them valuable in terms of catalyst manufacture.

Mintek and others to present at Gold 2012

Mintek, a research and development organization specializing in metallurgy, is currently leading the way in terms of gold catalyst production and research. The company believes that gold catalysts could be used to significantly reduce the cost of hydrogen fuel cells, thus making them more attractive to various industries around the world. The company, along with others throughout the Asian market, will be appearing at the Gold 2012 conference in Tokyo, Japan, which will be held from September 5 to 8, 2012.