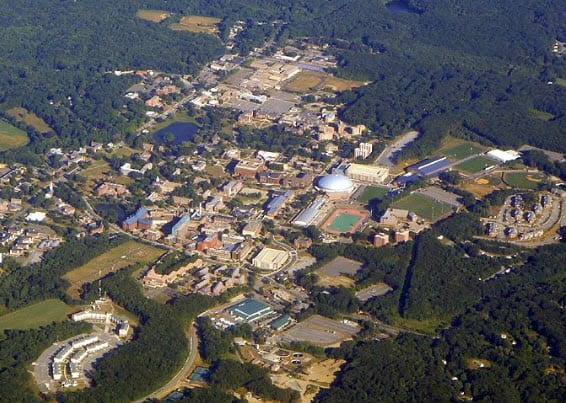 The University of Connecticut has been increasing its adoption of alternative energy in recent years. Like its home state, the university has taken an acute interest in hydrogen fuel cells. As such, it has begun experimenting with fuel cells and hydrogen as a source of power for various purposes. The university’s interest in hydrogen fuel cells, and alternative energy in general, is backed by a strong desire to reduce the carbon emissions that it produces. In an effort to tackle the problem of emissions, the university has announced that it has partnered with UTC Power, a leading manufacturer of fuel cells.

UTC Power is to install one of its powerful PureCell stationary fuel cell systems at the university’s Depot Campus. Stationary fuel cells are somewhat popular in the world of industry. This popularity is driven by their capability to generate a large amount of electricity and heat, which can be used for a myriad of purposes. The PureCell system will be capable of generating 400 kilowatts of electricity and will be used to meet the campus’ cooling, heating and energy requirements. The University of Connecticut expects that the system will help reduce energy costs and make drastic cuts to its production of greenhouse gases.

New energy system to cut back on emissions

University president Susan Herbst believes that the inclusion of the fuel cell will be a major step in the institution’s pursuit to be more environmentally friendly. UTC Power expects that the fuel cell system will help the university cut approximately 831 metric tons of carbon dioxide each year. The system will also save nearly 4 million gallons of water every year and reduce the production of nitrogen oxide.

The initiative was made possible through financial aid provided by the Connecticut Clean Energy Finance and Investment Authority. UTC Power believes that hydrogen fuel cells will continue to grow in popularity amongst educational institutions throughout the U.S. Many universities have already shown an interest in using hydrogen fuel, but cost has remained a factor in deterring adoption.