Google continues to grow its support for clean power and technology 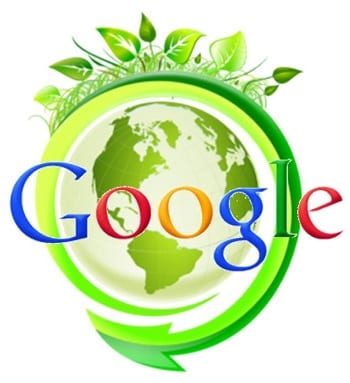 Google has been growing more aggressive with its support of renewable energy over the past two years. Currently, one-third of the company’s operations receive power from renewable sources. Google is keen to increase its use of clean power significantly over the coming years and in order to accomplish this goal, the company has begun investing more heavily in renewable power. Google notes that clean energy could be environmentally beneficial while also reducing the company’s energy costs in the future.

According to Google’s Energy and Sustainability division, the company currently receives 34% of its energy from renewable sources. Google plans to receive no less than 100% of its energy from renewable sources within the foreseeable future. This requires the company spending more money on clean power and projects that seek to harness energy from the sun and wind, as well as other sources. Google aims to use renewable energy to power its data centers, which consume a great deal of electricity and are quite costly to manage.

Google has spent more than $2.25 billion on its data center infrastructure over the last quarter. These data centers typically derive the majority of their energy from conventional sources. Fossil-fuels and traditional forms of energy are becoming more expensive, however, and Google has been investing in clean energy to power its data centers. To date, Google has invested more than $1 billion in 15 renewable energy projects around the world. The majority of these projects are located in the U.S. and provide electrical power to Google’s data centers.

Together, Google has invested in approximately 2 gigawatts worth of energy projects. This is roughly comparable to the energy output of the Hoover Dam. The company plans to continue investing heavily in renewable energy and is quickly establishing itself as one of the leading supporters of clean power in the world.