Instead of disposing of the scales as waste, they are being recycled into usable power.

In India, a team of Jadavpur University researchers have come up with a green energy innovation that recycles waste material into electricity. In this case, the waste material is biodegradable energy extracted from raw fish scales. The fish scales would typically be thrown away, but now they might become a source of fuel for the next generation of devices in the country.

In fact, the research team thinks they may be an ideal energy source for self-powered medical device implants.

Beyond medical devices, this green energy innovation may also be usable for personal electronics such as mobile phones. This can help to reduce the e-waste that is rapidly growing in India. Moreover, it can help to reduce the current dependency on mobile battery packs which have become a vital accessory for many device users. 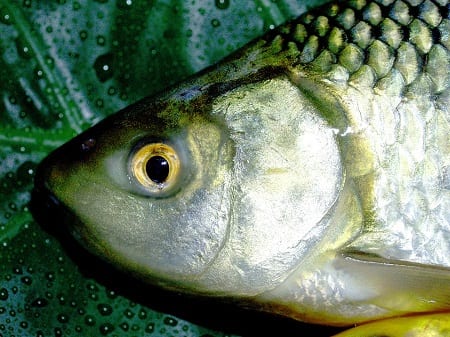 Fish scales are a byproduct of the fishing industry. At the moment, they are not seen as useful and are thrown away. However, these organic substances contain collagen fibers. Collagen fibers just happen to have a piezoelectric property. What that means is that through mechanical stress, they generate an electric charge.

The researchers have managed to develop a special type of generator through this green energy innovation.

More specifically, the team created flexible bio-piezoelectric nanogenerator (BPNG) out of the fish scales. “We collected bio-waste in the form of hard, raw fish scales from a fish processing market, and then used a demineralization process to make them transparent and flexible,” said Dipankar Mandal. Mandal is an assistant professor at the Jadavpur University Organic Nano-Piezoelectric Device Laboratory and from its Department of Physics.

The researchers were able to use electrodes on both sides of the bio-piezoelectric nanogenerator (also known as an energy harvester), which they then laminated, explained Mandal.

This green energy innovation has provided not only a new alternative energy fuel source, but it has also created a way to recycle fishing industry byproducts. As a result, it has managed to reduce two different issues relating to waste in order to create a potentially eco-friendly source of portable device power.