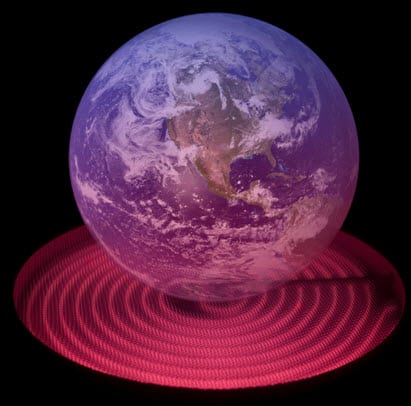 Heat energy could unlock a new future for sustainability

An ancient method of harvesting heat energy may be the key to the future of viable alternative energy and efficiency. The process of harvesting heat energy was first observed by the Greek philosopher Theophrastus more than 2,300 years ago. The philosopher’s detailed how tourmaline, a semi-precious gemstone, produces a static charge when introduced to heat. This observation has served as the foundation for the development of a new device that operates in a similar fashion, designed by Zhong Lin Wang and researchers from the Georgia Institute of Technology (Georgia Tech).

According to Wang and his team of researchers, more than 50% of the energy generated in the U.S. goes to waste every year. The majority of this energy comes in the form of heat, which is produced through various methods. This heat energy can be converted into electricity using the pyroelectric effect, a phenomenon documented by Theophrastus. Researchers from Georgia tech have taken this concept and worked to apply it in the modern world, successfully creating a nanogenerator that is capable of producing an electric charge by converting heat energy.

Nanogenerator could be used to power a wide variety of electronics

The nanogenerator is comprised of nanowires that are fashioned out of zinc oxide. The wires are arranged in such a way as to exploit the changes in the temperature that surround the nanogenerator. Thus, using heat energy, the system is capable of producing electricity that can be used for various purposes. Researchers suggest that nanogenerators could be used to provide energy for a wide range of electronics, thus alleviating some of the need for fossil-fuels.

Researchers not that there is still a great deal of experimentation that must be done before the heat energy systems can be considered viable for commercial or industrial use. Wang believes that by proving the pyroelectric effect to be a viable form of energy generation could bring more attention to alternative energy.

Other related article(s) and resource(s):