Honda has opened a new natural gas station at its Marysville campus in Ohio. The new station is the first of its kind on Honda property anywhere in North America, though similar stations exist on property that does not belong to Honda. The new station is meant to reduce the environmental impact of the Marysville campus and allow Honda to comply more readily with increasingly strict emissions regulations coming from both state and federal governments in the United States.

Station will be open to the public in the near future

Access to the natural gas station will not be restricted to Honda alone, of course, and will be open to the public in the near future. The station has been under development for more than two years, and those that will be using the station most regularly are expected to be those working for transportation companies responsible for deploying Honda materials to varies manufacturing facilities. The fueling station can, however, serve both light-duty trucks and passenger vehicles that operate on natural gas.

Some 150,000 natural gas vehicles currently exist in the US 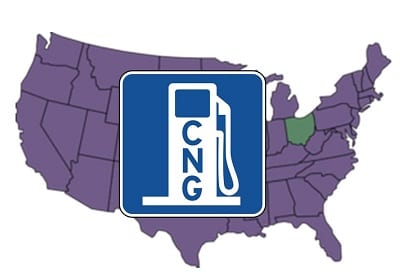 Currently, natural gas is used to power an estimated 150,000 vehicles in the United States, with some 15.2 million of these vehicles being available worldwide. Such vehicles are considered more efficient than their conventional counterparts if they are used in a relatively limited area. The problem, however, is that natural gas is a type of fossil-fuel. While it burns more cleanly than other fuels, it still produces harmful emissions when it is used as a fuel for transportation.

Honda has a strong interest in hydrogen fuel over natural gas

Honda does not currently manufacturing any vehicles that make use of natural gas, but the company has been examining how natural gas can be used to produce hydrogen fuel. Conventional hydrogen production methods involve the consumption of natural gas in order to produce the energy needed to generate hydrogen. Honda does have a strong interest in fuel cell technology, which uses hydrogen to produce electrical power, and the automaker has plans to launch a new fuel cell vehicle in the relatively near future.