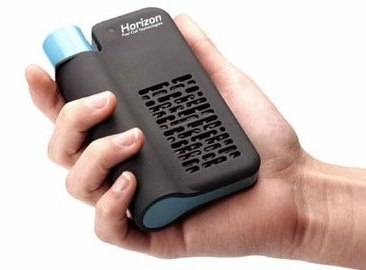 Horizon Fuel Cell Technologies, a manufacturer of portable hydrogen fuel cells, has announced that its products are now available through many retail stores in the Americas, Europe, and Asia. The company’s MINIPAK fuel cell is the smallest, most affordable of its kind in the commercial market, costing a scant $99. The fuel cell is powered by a refillable metal hydride fuel cartridge, which is very similar in design and function to a battery. Horizon notes that this marks a significant milestone for the fuel cell industry as a whole.

Portable hydrogen fuel cells have been growing in popularity for some time. As consumers become more mobile, their need for an energy system that can keep up is becoming more pronounced. Even the U.S. military has been showing more interest in portable hydrogen fuel cells, believing that they could help reduce its reliance on fossil-fuels. The MINIPAK’s use of battery-like cartridges has been considered a feature that will find a great deal of favor amongst consumers. Horizon, however, has released another product that could make the MINIPAK even more attractive.

Horizon has announced that its HYDROFILL product has also been made available through the retail market. The product operates as a personal hydrogen production station. It is capable of producing and refilling the cartridges that are used with the MINIPAK system. Horizon believes that the HYDROFILL, which is available for $250, could make the adoption of hydrogen energy systems more convenient for consumers that have an interest in alternative energy.