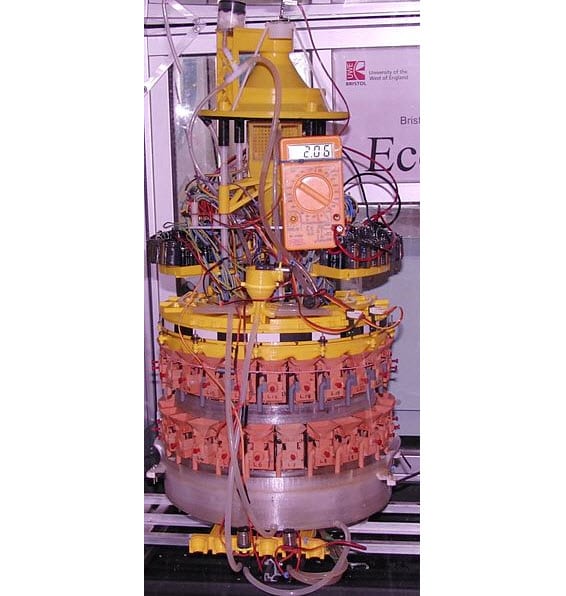 The future of self-sustaining machines may lie in the realm of human waste.

In the past decade, alternative energy systems have become significantly advanced. Today, these energy systems are getting a great deal of attention for their ability to make machines entirely self-reliant. In the robotics industry, microbial fuel cells have proven that self-sustainability is possible. Now, so called EcoBots are beginning to emerge into the world with a great deal of support from NASA and the Bristol Robotics Laboratory in the United Kingdom.

John Greenman, a microbiologist with the Bristol Robotics Laboratory, believes that these self-sustaining robots are the future of machinery and industry. These EcoBots are equipped with microbial fuel cells, which produce electricity by consuming waste products such as urine. These fuel cells are filled with bacteria that feed off waste, but they can also feed on refined sugars, such as E. coli.

The first EcoBot was built in 2002 and operated largely without needing to be refueled by a human.

NASA has a keen interest in microbial fuel cells. These energy systems can be used to power space robots that accompany astronauts during long-distance explorations. These robots would be powered by the waste that astronauts create, giving them a long-term source of energy and ensuring that they last for the duration of the mission. Suchsy stems could be used for planetary colonization expeditions as the microbial fuel cells could be removed from the robots and placed into structures on foreign planets.