Fuel cell vehicles are experiencing a period in which they are becoming more popular, but they still face many challenges that could significantly slow their adoption in the coming years. IHS Automotive has released a new study that suggests that the opportunities that fuel cell vehicles can benefit from may soon disappear. The study highlights several issues facing these vehicles currently, such as the lack of a comprehensive hydrogen infrastructure that is meant to support them.

Lacking infrastructure is, indeed, the greatest challenge facing fuel cell vehicles, according to the study from IHS Automotive. Currently, there are approximately 100 hydrogen fuel stations open to the public throughout the world. Building these stations has proven to be quite expensive, as well, with one fuel station costing more than $3 million to build. Conventional charging stations for battery electric vehicles are significantly less expensive to build. Electric vehicles also benefit from an already established infrastructure, making them more attractive to consumers. 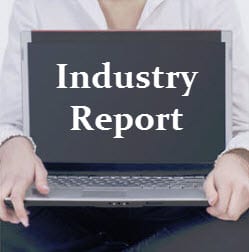 The study predicts that fuel cell vehicle production will reach 70,000 units a year by 2027. This will represent less than 0.1% of all vehicles being produced in the world by that time. While automakers have shown interest in hydrogen fuel cells, vehicles that use these energy systems are quite expensive to develop. This is because fuel cells themselves are quite costly due to their use of rare and expensive materials. The production of fuel cell vehicles will likely be low until hydrogen fuel cells become less expensive, which has become an important issue within the auto industry.

Many have shown interest in fuel cell vehicles because they are highly efficient. These vehicles can, on average, travel more than 300 miles on a single tank of hydrogen. When using hydrogen fuel cells, automakers do not need to sacrifice the performance of their vehicles in favor of being more environmentally friendly.