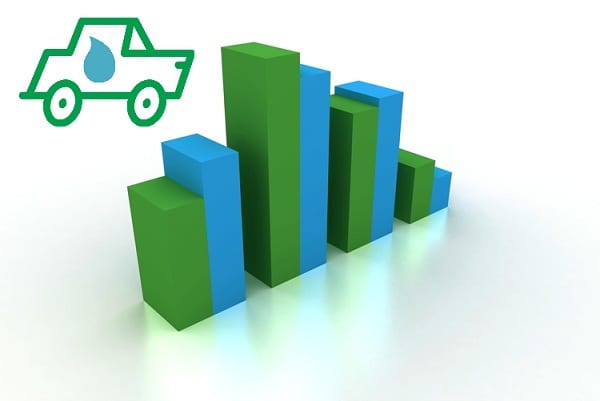 The auto industry has succumb to an intense fascination with hydrogen fuel cells. Many automakers throughout the world are faced with emissions regulations and standards imposed upon them by governments. These standards are pressuring these companies to develop vehicles that produce less CO2 emissions and consume less fuel. Hydrogen fuel cells have become the ideal energy system the continuing endeavor to comply with the world’s governments, and Toyota, Honda, and Hyundai are expected to be the first companies to bring hydrogen-powered vehicles into commercialization.

South Korea and Japan could become bastions for hydrogen transportation

The report suggests that growing support for a hydrogen fuel infrastructure and rising demand from consumers are providing powerful momentum behind the concept of hydrogen transportation. Though hydrogen fuel cells are expensive energy systems, consumers seem to be interested in them because they produce no harmful emissions and can be much more efficient than traditional vehicles. Though hydrogen-powered vehicles are, essentially, electric vehicles, they do not sacrifice performance for the sake of being environmentally friendly. Most hydrogen-powered vehicles can match or exceed the performance capabilities of traditional cars.

In South Korea and Japan, the report predicts that the number of hydrogen-powered vehicles will reach 58,100 by 2020. This is up from the 600 that could be found in both countries in 2011. Frost & Sullivan suggest that the two companies will make up 41.8% of the global market share by 2020, unless other countries take aggressive steps in making themselves more attractive markets to automakers interested in hydrogen fuel cells.