Company manages to reach a new milestone with its hybrid technology

HyperSolar, a leading developer of hydrogen fuel production technology, has made a major breakthrough recently. The company specializes in creating hydrogen production systems that leverage the power of sunlight. HyperSolar’s hybrid technology has won praise for being an efficient way to produce hydrogen, which is becoming more important as fuel cell vehicles, as well as fuel cell themselves, become more prominent throughout the world. Efficient production methods are needed for these energy systems to find any significant degree of success.

HyperSolar technology reaches the 1.25 V milestone in splitting water into hydrogen and oxygen

HyperSolar has announced that its technology has reached the 1.25 volts milestone, coming closer to the theoretical minimum voltage needed to split water molecules into their component parts of oxygen and hydrogen. This theoretical minimum currently stands at 1.23 volts, but most commercially available production systems are only capable of reaching the 1.5 volts threshold. HyperSolar has managed to reach this new milestone through the use of innovative materials that are able to overcome the corrosive degradation associated with hydrogen production. 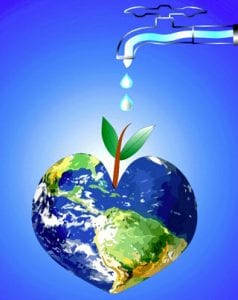 The company notes that its use of an inexpensive, submersible semiconductor has allowed it to produce renewable hydrogen fuel from sunlight. Because this technology does not rely on fossil-fuels, the production process is environmentally friendly. Most modern hydrogen production methods consume a large amount of energy, most of which is generated from fossil-fuel sources. By tapping into the power of the sun, hydrogen can be produced without negative consequences for the environment.

Finding efficient means of producing hydrogen fuel has become a top priority, especially in the auto industry. Much of the world lacks the hydrogen infrastructure needed to support the launch of fuel cell vehicles. As such, automakers have been investing in new technology and initiatives to bolster this infrastructure. Without efficient production methods, however, a hydrogen infrastructure may struggle to take form in many favorable markets.