Hyundai does not need partnerships to improve fuel cell technology

Automakers are beginning to show more interest in fuel cell technology, but developing this technology alone can be very costly and difficult. In order to mitigate costs and accelerate advances in fuel cell systems, several companies have partnered together, but Hyundai is one that believes that such partnerships are not ideal given the current climate of the fuel cell sector and the clean transportation market. Hyundai already has considerable experience with hydrogen fuel cells, which may be the reason why it has chosen to avoid partnerships with other automakers.

According to Hyundai, the automaker has received many proposals from various organizations. The company has reviewed these proposals and determined that they would not provide much aid in the development of new fuel cell technology. This is partly due to the fact that Hyundai already has considerable experience with these energy systems and has managed to make several advancements in clean technology without outside help. Indeed, the company’s new fuel cell systems will be used in the next generation of its fuel cell vehicle, which is expected to launch at some point within the next few years.

Automaker may have interest in future partnerships in 2020 and beyond 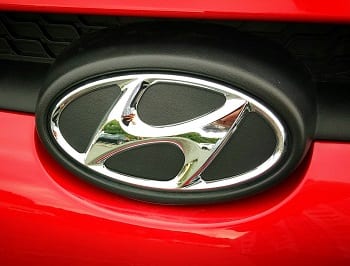 While Hyundai has no plans to work with other companies concerning the development of fuel cells, the automaker is not entirely opposed to the idea. Byung Ki Ahn, director of Hyundai’s Eco-Vehicle Performance Development Group, suggests that the automaker may be interested in research and development partnerships at some point in 2020 and beyond. In 2020, fuel cell vehicles are likely to hit their stride in the commercial market, presenting new opportunities for automakers and those interested in clean transportation.

Automakers are working together to improve hydrogen fuel cells