Battle between batteries and fuel cells is heating up

With clean transportation gaining momentum, the tension surrounding batteries and hydrogen fuel cells is beginning to increase. Many automakers have begun to show support for fuel cells, but others, including Tesla Motors, believe that batteries are the best solution for the clean transportation space. Tesla, in particular, has been rather outspoken concerning its support of battery technology and its lack of faith in hydrogen fuel cells. Even former members of the company believe that fuel cells may be nothing more than a gimmick and not a real solution to the transportation problem.

Fuel cells may suffer from a poor energy equation

Marc Tarpenning, one of the co-founders of Tesla who left the company in 2008, believes that fuel cells are a “scam.” Tarpenning , along with colleagues, has been investigating alternative fuels that can be used in the transportation space. This investigation included looking into the capabilities of fuel cells, but these energy systems were quickly dismissed. According to Tarpenning, fuel cells have a poor energy equation, largely due to the fact that the conventional hydrogen production process requires a great deal of electrical power, the vast majority of which comes from fossil-fuels. 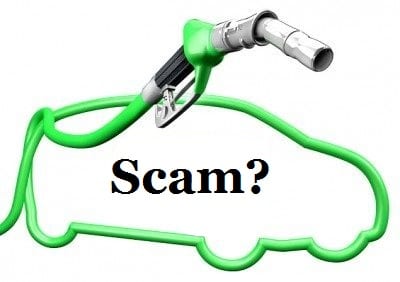 Though hydrogen may be one of the most abundant elements in the known universe, that does not necessarily mean this is the case on earth. Tarpenning notes that the majority of hydrogen available on earth is bound to other substances, such as water. Obtaining this hydrogen is, therefore, somewhat difficult, as energy is required to break the bonds hydrogen has formed in order to effectively utilize it as a clean fuel.

Large automakers are undeterred in their adoption of fuel cell technology

While some have decried the use of hydrogen fuel cells in the transportation space, this has not stopped several automakers from embracing the technology. Many of the world’s largest automakers believe that these energy systems hold a great deal of potential, especially if the hydrogen production process begins to focus more heavily on the use of renewable energy. In the coming years, these automakers are expected to release fuel cell vehicles throughout the world.