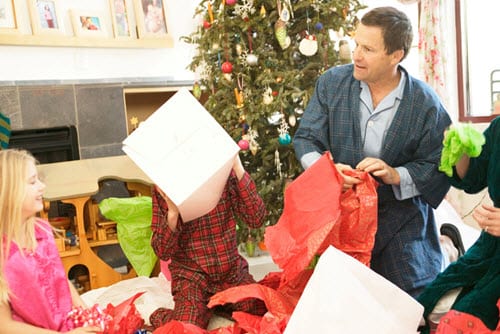 A new study from the Imperial College of London shows that if all the discarded wrapping paper in the UK were collected and fermented, there would be enough biofuel to send a double-decker bus to the moon and back 20 times.

Researchers from the Imperial College conducted several experiments to show how old paper can be converted into high-grade biofuel with the help of microorganisms. The biofuel produced in this way could be used to power vehicles, or other machinery, if their engines were tweaked to use the fuel.

Researchers note than the majority of wrapping paper is discarded and sent to landfills without ever reaching a recycling center.

While recycled paper may not find a foothold in the alternative energy community, researchers say that finding even implausible alternatives to fossil-fuels is far better than continuing to rely on finite resources. Researchers from the Imperial College are currently analysis the potential environmental impact of biofuels produced through recycled paper. If the results are positive, researchers may attempt to promote the use of biofuels over as an inexpensive and easy way to adopt alternative energy.