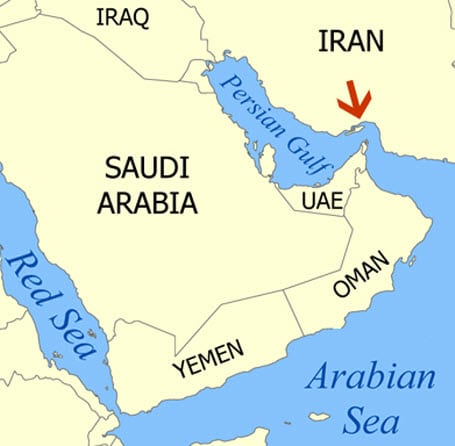 As Iran faces international pressure regarding its controversial nuclear program and dubious politics, the nation’s government has issued threats to close the Straits of Hormuz.

The Straits of Hormuz are a vital part of the supply chain of oil for most of the world. If Iran makes good on its threats, the price of oil is expected to skyrocket, having a major impact on the economy of several countries that rely on the oil exported from the Middle East. Despite the threat of higher oil prices, many nations continue to relentlessly pressure Iran for change. They do this because they have alternative energy to fall back on.

In the U.S., demand for oil is dropping sharply.

This is due to the fact that many new alternative energy projects are taking root in the country. Oil still plays a predominant role in the nation’s economy and infrastructure, but that may soon change as support for hydrogen, solar and wind power grows. Other nations are also moving away from oil. Germany, for instance, has plans to become completely energy independent within the next decade. As more countries take alternative energy seriously, Iran may be losing its leverage as controller of oil.

Iran has been an unlikely source of inspiration for developed countries, pushing them to look for alternatives to oil.

The Middle East is a notoriously volatile region in terms of politics. The potential for one country to disrupt the economy of several others is becoming more recognizable and nations like Germany and the U.S. are becoming unwilling to put their infrastructure at risk if the worst should happen.