OCI Solar Power of Texas has announced that it will introduce a new battery storage solution to one of its expansive solar energy systems early next year, working alongside Younicos, an international energy storage company. OCI currently operates four solar power system throughout Texas, with another having been commissioned and one other currently under construction. The new storage solution may be a major boon for solar energy in Texas, which is growing in popularity among homeowners.

Younicos is a provider of software that is designed to control the flow of electricity from batteries into an energy grid. The energy produced by the solar power systems using the company’s technology will be fed into the grid managed by the Electric Reliability Council of Texas. Younicos will also offer support for the engineering and construction of grid connections that will allow for the efficient transfer of electric power to the energy grid.

First energy storage solution to be fully operation in 2016 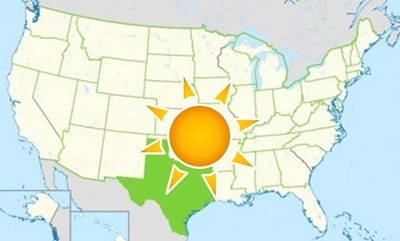 Solar energy has managed to acquire a great deal of momentum in Texas, especially among homeowners looking for ways to save money on their energy costs. For homeowners, solar power represents a way to create distance from fossil-fuels. Efficient energy storage will allow the state to make better use of solar energy. Storage solutions are needed because the sun is not always shining, which means that solar energy systems are not always able to generate electrical power at maximum capacity.