Lexus has plans to reveal the new generation of its flagship vehicle, the LS, at the upcoming Tokyo Motor Show. There are rumors that suggest that the latest iteration of the LS may be powered by hydrogen fuel cells. These rumors follow revelations that Lexus has been testing fuel cell technology for its parent company, Toyota. Such tests may have influenced the development of Toyota’s Mirai, the automaker’s first mass production fuel cell vehicle.

One LS variant may be powered by hydrogen fuel

The new LS will have two different powertrains, with one being completely hybridized. This version of the LS may make use of a hydrogen fuel cell, which will generate some of the electricity that the vehicle will need to operate. The vehicle may also use batteries, which remain quite popular within the auto industry for those that are interested in clean transportation. Neither Lexus nor Toyota has yet announced whether or not fuel cells will be used in the future iterations of the LS vehicle. 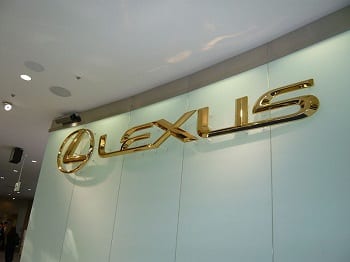 Toyota is currently one of the very few automakers that has brought a fuel cell vehicle to the market. The company is considered to be at the forefront of the industry when it comes to standardizing hydrogen fuel cells. The company has played a major role in bringing attention to fuel cells and how they can be used in the transportation space and the company may direct Lexus to develop a fuel cell vehicle by 2017.

Fuel cells still have challenges to overcome before reaching commercialization