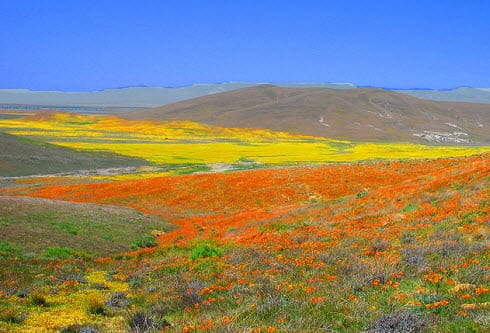 California’s Antelope Valley may soon be home to the largest hybrid energy system in the country.

The Wildflower Renewable Energy Farm Project, coming from Element Power, an alternative energy company based in the U.S., is currently in negations to set up a new energy system in the valley. The system will combine solar and wind power to produce more than 250 megawatts of electricity. The project will take up some 840 acres of land, however it may have an impact on wildlife, which has piqued concerning of legislators and advocacy groups.

The project is not short on ambition, as Element Power believes that it will one day generate enough energy to power the entire state. The company’s proposal includes some 400 acres of conservation area, which was deemed energy rich by the company’s analysts. This area will be but a portion of the overall project but is home to some of the densest populations of wildlife in the valley.

To placate concerns, Element Power has proposed building new wildlife trails that would help animals move through and around the energy site.

The project could bring thousands of sustainable jobs to the state, but at the cost of huge amounts of land inhabited by a great variety of flora and fauna. The state has a long history of supporting alternative energy, but may not be so inclined to provide the land necessary to make Element Power’s plan a reality.