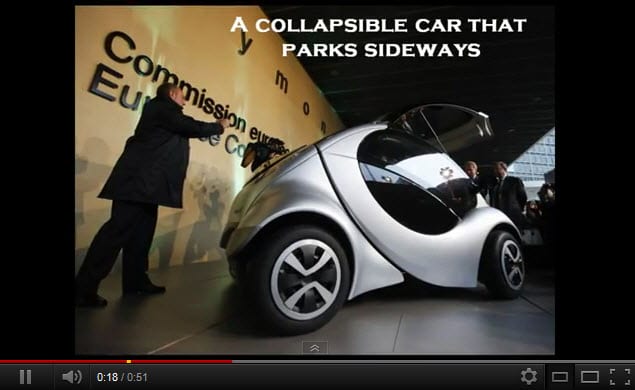 The Massachusetts Institute of Technology (MIT) has been working on a new electric vehicle that is designed specifically for urban transport.

The project is called Hiriko, which means “urban” in Basque. MIT researchers have been working on the project for several years and believe that the Hiriko may be ready for mass production by 2013. The Hiriko is an ambitious project and researchers believe it will solve more issues than just those generated by emissions.

The Hiriko is a small, two-seater vehicle made for an urban environment.

The vehicle will be powered by a lithium-ion battery which is optimized to work with a smart energy grid – a grid that gets its own energy from renewable sources. Each of its four wheels house small motors that generate electricity for the car’s battery. With this system in place, the Hiriko can travel more than 60 miles before needing to charge. As it is designed for an urban environment, it is also able to save space on parking by, literally, folding up and fitting together with other Hiriko vehicle like shopping carts fit together in a line.

The vehicle will bring thousands of jobs to where ever it takes root. It will also solve congestion and travel problems because the project itself will work similar to a bike-sharing plan. Those wishing to use a Hiriko will be notified when one is available and will be directed to the nearest location where they can pick it up.