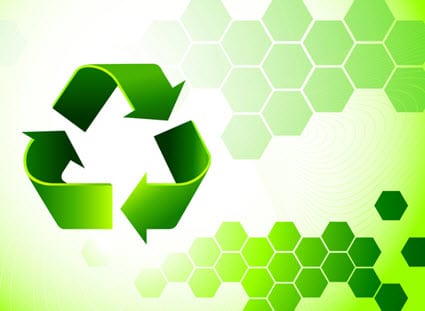 The latest in alternative energy news…

Copper is getting more attention in the realm of alternative energy news for more than its use as a conductive metal. The metal is widely used all over the world, but few understand that it has properties that could help the environmental by consuming carbon dioxide. Researchers from the Massachusetts Institute of Technology (MIT) have been working with the metal to convert carbon dioxide into hydrocarbon fuel. MIT researchers are not the first to experiment with copper for this purpose, but they may be among the first to make the process more viable for practical use.

Recycling carbon dioxide is becoming is an issue of interest for environmentalists and scientists around the world.

Alternative energy is advancing at a rapid pace, but not quickly enough to replace fossil-fuels in terms of industrial power. Industry produces a great deal of carbon dioxide, which is one of the major contributing factors to climate change. Capturing carbon dioxide could be a good way to mitigate the potential effects of climate change, but research in this field has been slow and straddled with controversy. MIT believes that making the process efficient could increase its popularity.

By fashioning copper into a small electrode and charging it with an electric current, researchers found that the metal acts as a catalyst.

When carbon dioxide is forced against the copper catalyst, an electrochemical reaction is triggered, which turns the gas into methane or methanol. Researchers have developed gold nanoparticles in order to bolster the resiliency of copper and protect it from corrosion caused by the chemical reactions.  These particles have also reduced the electricity required to charge the copper catalyst.

Researchers believe that the catalyst could be used in fuel cells as a way to capture carbon dioxide and turn it into hydrocarbon fuel. The fuel cell would then convert this fuel into electricity, which could be used for a variety of purposes from transportation to industrial ventures. This does not address the issue of cost, however, as the gold used to engineer the nanoparticles used with the catalyst is quite expensive.