New catalysts could be a major boon for hydrogen fuel cells

Researchers at the Massachusetts Institute of Technology (MIT), have created new catalysts that could serve as a major boon for fuel cells. These catalysts are said to be less expensive and more efficient than their conventional counterparts, which may be good news for fuel cells, as the catalysts would finally make these energy systems more affordable. Developing inexpensive catalysts has been a priority for researchers focused on fuel cells for some time.

Catalysts are comprised of metal carbides rather than platinum

The new catalysts feature a metal carbide core, which is coated in metallic nanoparticles. Researchers note that the catalysts have a higher catalytic activity than their conventional counterparts, using only a tenth of the rare materials than normal catalysts use. This makes the catalysts less expensive and just as capable as those making use of platinum. The metal carbides used by the research team were chosen because they are resistant to chemical corrosion, making them ideal for use in hydrogen fuel cells. 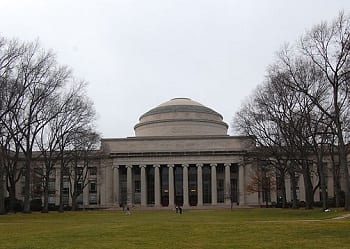 Fuel cell catalysts have been a focus of research endeavors for several years. Researchers have been focusing on catalysts in order to solve the inherent problems with fuel cell technology. These energy systems are notoriously expensive due to their use of platinum. Conventional fuel cell catalysts also make these energy systems somewhat inefficient, though they are quite capable of meeting the energy needs of nearly every application.

The research team from MIT ran the catalysts through 10,000 electrochemical cycles within a hydrogen fuel cell. According to the researchers, the catalysts performed 10 times better than their conventional counterparts. This could have major implications for the future of fuel cell technology, especially in the transportation space. Less expensive catalysts would make fuel cell vehicles more affordable and attractive to consumers interested in clean transportation.