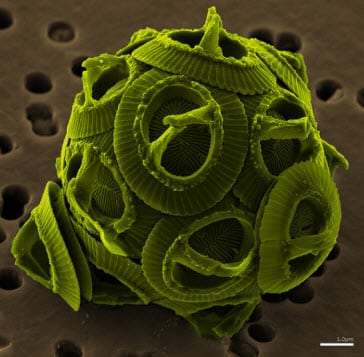 The system is comprised of nothing more than giant plastic bags.

These bags contain small amounts of algae, enough to spawn a large colony if ideal conditions are present. Researchers pump wastewater and carbon dioxide into these plastic bags, which the algae consume and produce biofuel as a byproduct. NASA researchers demonstrated the system this week in California, and believe that if it were situated near a waste processing facility it would be capable of producing more than 2,000 gallons of biofuel per year.

Algae biofuel is a relatively new concept that is gaining more attention in the world of alternative energy.

Biofuels are produced by carbon-based organisms and can be used to power vehicles. Biofuels are already being used in public transportation, but have yet to be met with mainstream acceptance due to criticisms of being inefficient. Algae, in particular, require excessive amounts of land and a constant supply of fertilizer in order to produce enough biofuel to make them viable.