Scientists are developing graphene solar cells that can also use rain to produce electricity.

A team of Chinese researchers from the Ocean University of China in Qingdao have made a breakthrough with graphene and solar panels. They believe that it is possible to harness power from rain via solar cells through a simple chemical reaction that would involve using sheets of graphene to separate the positively charged ions in rain, which would result in electricity generation. The study was published in the journal Angewandte Chemie.

The chemical reaction is what makes harnessing the power possible.

Raindrops do not contain only pure water. They contain a variety of salts that can be split up into positive and negative ions. The scientist focused on separating sodium, calcium and ammonium – the positive charged ions in rain – which made the creation of a pseudocapacitor possible to extract charge. 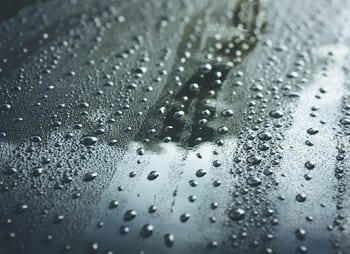 In their early tests, the researchers simulated rain by using slightly salty water and a dye-sensitized solar cell, which is an inexpensive and thin-film solar cell. They added a layer of graphene to the cell and placed it on a transparent backing of indium tin oxide and plastic. The solar panel concept they created, dubbed the “all-weather” solar cell, was able to generate power from both the sun and the simulated rain substitute.

The results have so far been promising. In their first experiments, the team was able to produce hundreds of microvolts and achieve a 6.53% solar-to-electric conversion efficiency from their customized solar cells.

Solar panels that could generate rain energy would be a huge step forward for the renewable energy industry.

Although their experiments are still in early stages, the scientist hope that that their findings and the development of their all-weather solar cells will be a positive contribution to the future of renewable energy.

Presently, they’re working on fine tuning the technology so it will be able to handle the various ions that are found in actual raindrops and determining how to produce sufficient electricity from the generally low concentrations in which they come.

If the scientists are successful, their solar panels could very well revolutionize the solar energy industry by making it possible for power to be generated come rain or shine.