Automaker unveils two vehicles that are equipped with flow batteries

Nanoflowcell, a company that specializes in developing fuel cell vehicles, has unveiled its new sports car, called the Quant F. The car appears to be a major accomplishment in the field of clean transportation, boasting of high performance while also producing no harmful emissions. Nanoflowcell also revealed a concept car that it has been working on, which is called the Quantino. The automaker claims that this vehicle was designed with driving range in mind.

Quant F can produce 1,075hp and is built to be a high performance sports car

The Quant F sports car is equipped with a flow battery, which is a cross between a fuel cell and a battery system, and the vehicle produces  approximately 1,075 horsepower. The vehicle is meant for high performance, but is lacking when it comes to operational range. Sports vehicles are notorious fuel consumers because of their performance capabilities, and the Quant F is no different. While the vehicle boasts of impressive performance, it would not be considered viable for everyday transportation. The Quantino, however, could be used for daily transit. 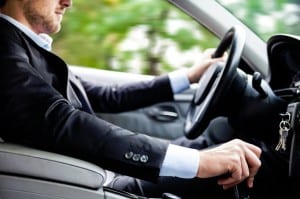 The Quantino concept car is also equipped with a flow battery and the vehicle has been designed to be efficient. According to Nanoflowcell, the Quantino can travel for more than 620 miles before needing to be refueled. This would make the Quantino one of the most efficient vehicles in the world. The car has a top speed of 124 miles-per-hour and it will produce some 136 horsepower. The vehicle exists as a concept, so plans concerning its official production are uncertain at this time.

Fuel cell vehicles are becoming more popular among consumers and within the auto industry, and flow batteries are also gaining more traction. Many automakers are turning to hydrogen fuel cells to power a new generation of clean vehicles, which promise to be more environmentally friendly than their conventional predecessors. Flow batteries are gaining more attention, as they can also be used to develop clean vehicles that produce no emissions.