A New Jersey lawmaker wants to bolster solar energy in his state. Assemblyman Tim Eustace has introduced a new bill that aims to introduce new incentives that will encourage homeowners and businesses in the state to embrace solar power. The legislation would offer homeowners and businesses in the five parts of the state that suffer the worst energy grid congestion a 15% incentive to install solar power systems, providing them with $1.50 per watt generated by these systems.

Support for solar energy has been dwindling somewhat in New Jersey. The state is not well known for its abundant exposure to solar radiation, thus solar power has limited appeal, but the falling cost of photovoltaic technologies is drawing more attention to this form of renewable energy. New Jersey does have an interest in sustainable power, as the state intends to distance itself from fossil-fuels and become more environmentally friendly.

Embracing solar energy may bring some economic benefits to the state 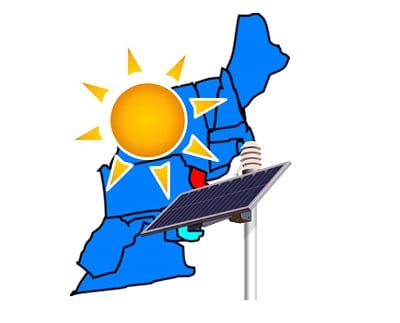 Improving the state’s solar energy capacity could also have a positive economic impact. New solar projects will create jobs, but how many positions will be created is uncertain and based almost entirely on the size of the project. For homeowners and businesses, embracing solar power can reduce energy expenditures, allowing for greater savings on energy bills. Assemblyman Eustace believes that focusing more on solar power will also bring New Jersey into a lead position in terms of renewable energy and emissions reduction.

Some years ago, New Jersey ranked second in the country in terms of installed solar energy capacity. Now, the state ranks seventh, falling behind others that have embraced solar power more aggressively. Currently, some 33,000 solar installations are currently active in the state. This number is expected to increase as lawmakers show more support for solar power and encourage its adoption among homeowners and businesses.