The California Fuel Cell Partnership has listed a network of 19 locations that could effectively bolster California’s hydrogen fuel infrastructure. The organization has been looking for locations that would be ideal for new fueling stations that can support fuel cell vehicles. These fuel stations are meant to be beneficial for those using fuel cell vehicles in daily travels, while also providing those conducting city-to-city travel with a way to keep their vehicles fueled.

State continues its push to establish a hydrogen infrastructure

California is already home to one of the most comprehensive hydrogen fuel infrastructures in the United States, but this infrastructure is still lacking in the ability to effectively support the widespread adoption of fuel cell vehicles. The California Fuel Cell Partnership has been working to promote the development of a comprehensive infrastructure, supporting various projects that make hydrogen fuel more accessible to drivers while also highlighting the benefits of fuel cell technology. 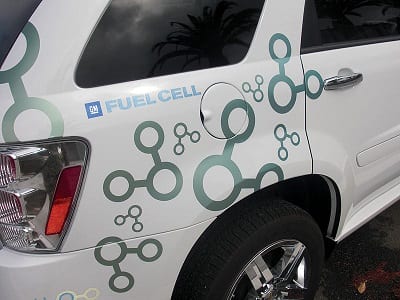 The organization believes that Northern California could be a promising home for a new hydrogen networks. The Berkeley, Richmond, and Oakland areas have been identified as attractive locations for fueling stations that can provide hydrogen. The organization is also recommending that fueling stations be built in the Beverly Hills and Westwood areas, where fuel cell vehicles are likely to become quite common among consumers. These fueling stations are meant to give consumers a way to keep their new vehicles fueled without forcing them to travel several miles out of their way.

Fuel cell vehicles have not yet seen a widespread commercial release, but some automakers have managed to generate significant hype among consumers that are interested in clean transportation. While consumers may be interested in these vehicles, they are unlikely to purchase them if there is not a convenient hydrogen fuel infrastructure in place. California has been investing in the development of such an infrastructure in order to solidify itself as an attractive market for clean transportation.