Researchers from the University of New South Wales in Australia have set a new record solar energy efficiency. The research team made use of solar cells that are commercially available, but opted to use these cells in a new way. This allowed the team to improve the efficiency of solar panels by a significant degree, meaning that these energy systems were able to generate electrical power more effectively than their conventional counterparts.

During outdoor tests, the research team was able to convert 40% of the sunlight hitting solar panels into electrical power. This marks the highest degree of production efficiency that has been recorded from any solar energy system in the world. The results were confirmed during outdoor tests conducted by the National Renewable Energy Laboratory in the United States as well. The University of New South Wales had already established a significant efficiency record in 1989, being the first to reach the 20% efficiency level with solar power systems. 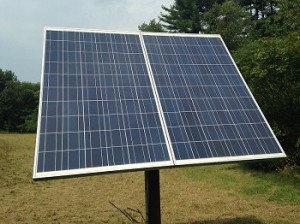 Investing in Australia’s renewable energy sector may have many benefits

The project from the University of New South Wales was funded by the Australian Renewable Energy Agency, which suggests that this recent milestone is a demonstration of the value of Australia’s energy ingenuity. The organization suggests that investing more in clean technology and renewable energy may be a favorable practice. The Australian government, however, has been growing less fond on clean energy over recent years, opting to show more support for fossil-fuels and more traditional forms of power.