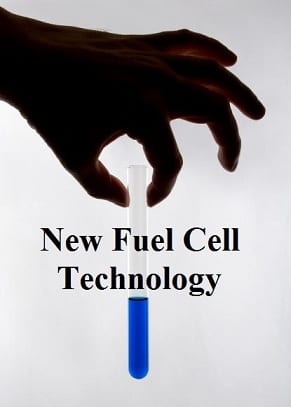 Whether you are using a fuel-cell or a battery, efficient electrodes are the best and most useful. A new material has been introduced by Korean and American scientists for electrodes which reduces oxygen by-product and can provide a cheaper and longer lasting alternative power to what is now in use.

The electrochemical reduction of O2 that happens in or by the cathodes of metal-air batteries is the ORR or oxygen reduction reaction. This is a slow reaction that can be the main reason for reduced usefulness of many fuel cells. In this process, there are many things that can go wrong with the gaseous, liquid and solid reactants which will then slow down the reaction needed to build larger charges.

Black carbon cathodes upon which a reactive and active metal such as platinum is dispersed can be useful in minimizing the kinetic inhibition. These are high in cost and lack stability rendering them highly impractical for common usage. A team from the Ulsan National Institute of Science and Technology in Korea and one from Georgia Institute of Technology are searching for a more cost effective solution.

The team sought inspiration from something called the tetra-pod structure, which sits on four feet. They used this to produce a new and more efficient electrocatalyst. These tetra-pod structures are commonly near dams, along coast lines and around piers to reduce the damage done by waves on the shores. These are also great for marine wildlife seeking refuge. It was discovered that ground and pyrolyzed melamine foam forms tetra-pod-like fragments.

Using iron chloride and nitrogen-doped carbon black pellets, scientists first treated the melamine foam and then carbonized the results. They then used sulfuric acid to extract it. They found a high surface area on the nanotetrapods which were studded with nanoparticles. They also found more pores that allow for rapid transitions and numerous catalytically active centers. When compared to metal-based cathodes, the results were longer lasting, better performing, and cheaper. While these are not the end result, this does hold promise as a taking off point for a new line of cheaper and more effective fuel cells and metal air batteries.