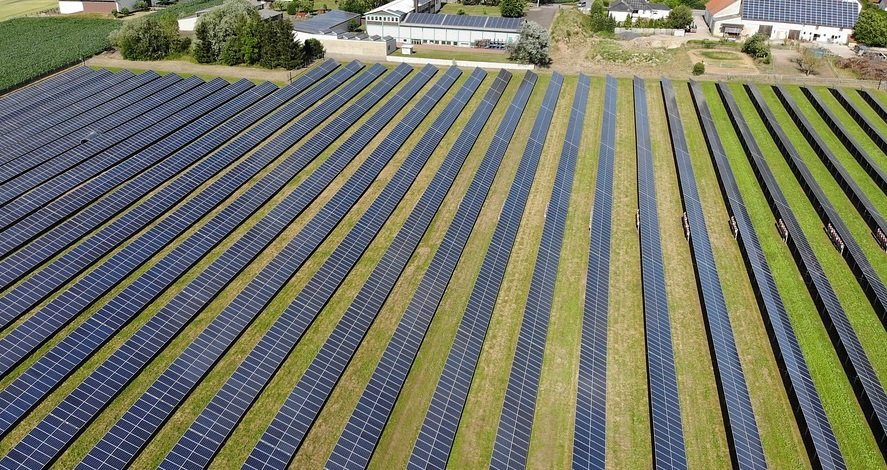 According to a recent Oregon State University (OSU) study, agrivoltaics – the concept of co-developing the same area of land to support both conventional agriculture and solar photovoltaic (PV) power – would be sufficient to fulfill worldwide electric energy demand, even if less than 1% of agricultural land was converted to solar panels.

Solar panels and farmland could complement one another.

The results of the study, which was published in the journal Scientific Reports, indicate that there is massive potential for solar and agriculture to work with one another to deliver reliable energy, according to associate professor in OSU’s College of Agricultural Sciences and corresponding study author, Chad Higgins.

“There’s an old adage that agriculture can overproduce anything. That’s what we found in electricity, too. It turns out that 8,000 years ago, farmers found the best places to harvest solar energy on Earth,” Higgins said, reports Smart Energy International.

Agrivoltaics may prove more efficient that solar arrays in deserts

According to Higgins, “Solar panels are finicky. Their efficiency drops the hotter the panels get. That barren [desert] land is hotter. Their productivity is less than what it could be per acre.”

Every 15 minutes, the research team observed the collected data at the 35th Street Solar Array installed in 2013 on the west side of OSU’s Corvallis campus. The team synchronized the Tesla data with the information collected by microclimate research stations the researchers had installed at the array. These microclimate stations recorded mean air temperature, wind speed, wind direction, relative humidity, soil moisture, and incoming solar energy.

Higgins said that what they found was when it was cool, dry and breezy outside, the efficiency was better. However, when it was hot, too clam and humid, the panels efficiency dropped.

“Solar panels are just like people and the weather, they are happier when it’s cool and breezy and dry,” Higgins said.

The researchers’ model was applied worldwide, spanning 17 classes of globally accepted land cover. This included classes such as mixed forests, croplands, savanna and urban. These classes were then ranked from best to worst in terms of where a solar PV panel would be most efficient. The best was croplands while snow/ice environments ranked the worst.

From there, the model was re-evaluated to assess the potential of agrivoltaics to meet projected global electric energy demand determined by the World Bank.