The Swedish company has raised €6.5 million to fund a third round of testing of its innovative wave energy convertors, which, according to CorPower, have been designed and based on the same pumping principles of the human heart. According to the company, this latest investment will be vital to the next stage of its development.

The second stage of testing conducted by CorPower, WavEC Offshore Renewables and Iberdrola Engineering & Construction showed an increase of about 300 percent in energy capture over conventional wave energy technologies.

What makes the device unique is that it constantly oscillates in resonance with the incoming waves. This makes it capable of strongly amplifying their motion and power capture, reported Click Green.

CorPower CEO Patrik Moller said that “By implementing the WaveSpring technology we have created a wave energy product that can compete with other renewable technologies in structural efficiency. Such a shift would not be possible without the support of our partners.”

The most recent funding will enable CorPower to take a significant step forward with its cutting edge wave energy technology. 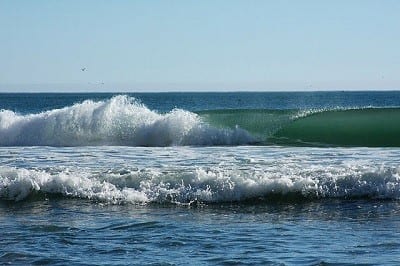 According to Moller, the latest funding means that the company can take an important step forward toward brining it innovative technology to market and “could help enable a fundamental shift in electricity generation from ocean waves.”

The CEO Sweden for KIC InnoEngery, Kenneth Johnasson, also commented on CorPower’s most recent funding achievement and said that the funding success proves that this technology could be beneficial to the renewable energy field.

The new technology has overcome some of the challenges traditional convertors face. Some of these challenges include being robust enough to survive harsh storms and produce sufficient energy at the same time.

The new convertors allow for a drastically increased power yield and also use considerably less material and lower force PTO (power takeoff). The result is a lower cost per kilowatt compared to present wave technologies, which could make harvesting wave energy as cost competitive as other renewables like offshore wind energy.