Nissan LEAF sells more than 30,000 units in the US alone

Nissan has set a new sales record for electric vehicles with its popular LEAF model. The automaker has announced that in 2014, more than 30,000 units of the LEAF were sold in the United States alone. In 2013, some 22,000 of these vehicles were sold in the country. The LEAF has been one of the most successful electric vehicles every released, and this success is expected to grow as more consumers become interested in clean transportation.

LEAF is designed to compete with conventional vehicles

Globally, Nissan has sold more than 60,000 units of the LEAF. The vehicle was designed to be attractive to those that favor conventional transportation. The LEAF can seat up to five passengers and boasts of a 126 miles per gallon gasoline equivalent rating. The vehicle is also relatively inexpensive, with a starting price of $22,000. The price of the LEAF can be lowered thanks to tax credits offered by the federal government. Those purchasing a LEAF can receive as much as $7,500 in federal tax credits for their purchase. 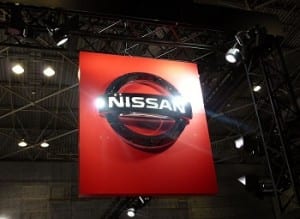 Clean transportation has been gaining popularity among consumers for some time. In the U.S., many states are working to reduce their production of carbon dioxide and consumption of fossil-fuels. In order to do so, they have begun to target the transportation space. These states are offering incentives designed to make electric vehicles more attractive and less expensive for consumers to purchase. They are also working on establishing a clean transportation infrastructure by building new fuel and charging stations.