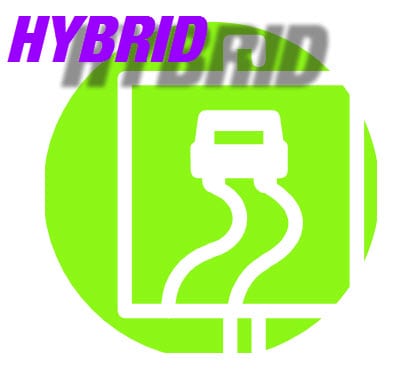 Odyne Systems, LLC, a leading manufacturer of hybrid systems for large trucks, has been selected to participate in a $45.4 million U.S. Department of Energy (DOE) award to develop and deploy plug-in hybrid systems for trucks throughout North America.

With this award, the DOE is further advancing hybrid technology and accelerating the commercialization process in the medium- and heavy-duty vehicle market, while also creating jobs and improving the nation’s energy security by reducing dependency on foreign oil. Through the program, Odyne will leverage proprietary technology applicable to a wide variety of truck chassis and applications to bring the benefits of reduced fuel consumption, lower emissions, increased power and quiet work site operation.

The contract granted to Odyne Systems, LLC by the Electric Power Research Institute (EPRI), directs funding from DOE’s Transportation Electrification initiative, the South Coast Air Quality Management District (AQMD) of California and other parties in a cost share arrangement with users toward the development and supply of advanced plug-in hybrid and Smart Grid / Smart Charging technology for trucks over 14,000 pounds. It is anticipated that over 120 Odyne advanced plug-in hybrid systems will be installed on vehicles for partners in the program, including investor owned utilities and municipal electric companies.

Joe Dalum, President of Odyne Systems, LLC commented, “This contract is very significant and will put the advantages of hybrid systems for large trucks to work in communities throughout the country. We look forward to working with EPRI, the DOE, and AQMD and our supply partners as we bring the benefits of the latest advancements in plug-in hybrid systems to a wide variety of fleets across North America. We also anticipate that the award will accelerate wide-scale use of our hybrid systems. Our partnership with leading suppliers leverages U.S. investment in battery and component technology and facilitates high volume production.”

About Odyne Systems, LLC
Odyne is a leader in hybrid drive systems for medium- and heavy-duty vehicles. Odyne’s advanced plug-in hybrid technology enables trucks over 14,000 pounds to have substantially lower fuel consumption, lower emissions, improved performance, quieter work site operation and reduced operating and maintenance costs. Odyne has produced more plug-in hybrid systems for large trucks than any other supplier in the U.S. The company sells its unique modular hybrid system for new and retrofit applications direct to truck manufacturers and through a global distribution and service network. The name Odyne represents the combination of “O” for Optimal and “dyne” for Force. Odyne’s hybrid system for medium- and heavy-duty trucks represents the best hybrid power solution for large trucks. For further information, visit us at www.odyne.com and follow us on Twitter @Odyne.

About EPRI
The Electric Power Research Institute, Inc. (EPRI, www.epri.com) conducts research and development relating to the generation, delivery and use of electricity for the benefit of the public. An independent, nonprofit organization, EPRI brings together its scientists and engineers as well as experts from academia and industry to help address challenges in electricity, including reliability, efficiency, health, safety and the environment. EPRI’s members represent approximately 90 percent of the electricity generated and delivered in the United States, and international participation extends to more than 30 countries. EPRI’s principal offices and laboratories are located in Palo Alto, Calif.; Charlotte, N.C.; Knoxville, Tenn.; and Lenox, Mass.

About AQMD
AQMD is the air pollution control agency for Orange County and major portions of the Los Angeles, San Bernardino and Riverside counties.