According to the report, the solar energy market is expected to reach $155 billion by 2018, enjoying a 10.5% compound annual growth rate. The report predicts that the market will see modest growth this year before picking up significant momentum in 2014. Much of this growth is being driven by the falling prices of photovoltaic solar panels. While falling prices have been a concern for panel manufacturers around the world, this trend has proven to be well received by consumers who now have the ability to embrace solar energy. 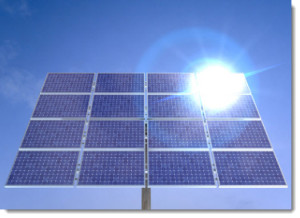 China has played a major role in the dropping price of solar panels. The country recently devoted much of its industrial might to the production of solar panels, which then flooded the European market. Chinese manufacturers were able to offer these systems at lower prices, a practice that consumers responded well to initially. Because of the inundation of Chinese solar panels, many European companies that had been involved in solar panel manufacture were unable to compete with the low-cost systems that entered the market and were forced out of business. This sparked trade disputes between Europe and China, but has not yet slowed the progress that the solar energy market has been making.

The report shows that solar energy systems are gaining ground in the residential sector, but this form of clean power is showing the most growth in the utility field. Energy utilities are showing strong interest in solar panels due to the demands coming from consumers and the increasing costs association with fossil-fuels. These utilities are eager to adopt solar energy in order to accommodate the changing needs of populations around the world.