Onshore wind energy may not be the world’s least expensive form of power, according to a report from the European Commission. Over the years, wind power has become a very popular form of renewable energy, competition with solar power and nuclear energy as viable alternatives to fossil-fuels. In the past, wind power was quite expensive, largely due to the costs involved in building and deploying wind turbines. Advances in technology and manufacturing have helped dramatically reduce the cost of wind energy, however.

According to the report from the European Commission, onshore wind power is the least expensive form of energy when various factors, including air quality, health implications, and expenditure, are taken into account. The report shows that onshore wind costs approximately $133 per megawatt-hour. By comparison, energy derived from gas and coat cost $208 and $295 per megawatt-hour, respectively. The accuracy of the report has been called into question, however, due to incomplete information that the European Commission may be using. 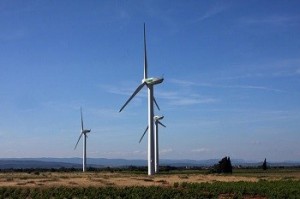 The report does not take into account the subsidies that are provided to traditional forms of energy, such as oil and coal. When these subsidies are taken into consideration, oil and coal are significantly less expensive than what the report suggests. The report also does not account for the overall cost of developing wind turbines, despite the fact that recent technological advances have made this form of renewable energy less expensive in recent years.

Overall, the report may provide some insight into how affordable onshore wind energy can actually be. Several European countries have begun investing heavily in wind power for both economic and environmental reasons. Germany is currently one of the strongest supporters of wind energy and has begun supporting offshore wind projects that have a great deal of energy production potential.