The Ukrainian government has approved new wind energy goals through a National Action Plan decree. Recent political turmoil that has struck the country this year has highlighted a strong need for renewable energy. The Ukraine had once relied on Russia for much of its electrical power, but tensions between the two countries means that this is no longer possible. The Ukraine has been working to make itself more energy independent in recent months and this has involved a focus on renewable energy.

The new goals established by the government aim to increase the country’s wind energy capacity to 2.28 gigawatts by 2020. This represents a 500% increase from the country’s current wind capacity. The decree also calls for the development of new renewable energy projects and clean technologies. The decree may have a positive impact on the investments in clean energy the country sees in the coming years. An estimated $4.3 billion is expected to be invested into the country’s clean energy sector from private and public sources.

Renewable energy continues to be affected by politics in the Ukraine 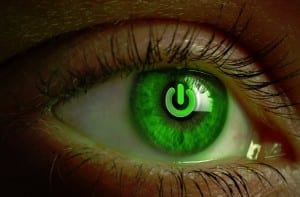 The country’s renewable energy plans are likely to be heavily affected by ongoing political issues occurring in eastern Ukraine. Political issues can often affect the adoption of clean energy in significant ways. Because renewable energy projects rely heavily on government support, political shifts can mean that these projects lose the financial or regulatory support they desperately need to survive. Some lawmakers in the Ukraine want the country to remain focused on fossil-fuels or, at the very least, show more support for natural gas, which has become one of the country’s main power sources.

By 2020, the government expects that renewable energy will account for 11% of the country’s total energy make up. The adoption of wind energy is expected to reduce the Ukraine’s consumption of natural gas by approximately 50%. It will also help the country break reliance on foreign sources of electrical power.