Town of Kisielice receives all of its energy from renewable sources, such as wind and biomass

A relatively small town in Poland has received the ManagEnergy Award from the European Commission for its accomplishments regarding renewable energy. The town of Kisielice, which has a population of approximately 2,222,  has been working to reduce emissions, abandon its reliance on fossil-fuels, improve air quality, and embrace clean energy. The town’s efforts have been successful, as it has reached a point where it can powered completely by renewable energy.

The majority of the town’s clean energy comes from wind power and biomass. Ample agricultural land has created an ideal home for wind energy systems. More than 50 wind turbines, each with a capacity of 95 megawatts, have been installed around Kisielice. These turbines have been assimilated into farmland because of their ability to take advantage of local wind resources without negatively affecting agricultural output. 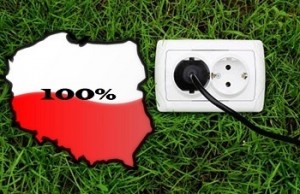 A 6 megawatt biomass boiler is also located in Kisielice, which is used to supplement the electrical power that is being generated by the town’s wind turbines. The boiler burns cereal straw that is produced by local farmers. This has also generated some economic activity, as the boiler purchases the cereal straw from the farmers. The biomass boiler is connected to a district heating network that provides heat to 85% of the community buildings in the town.

This is being considered a significant accomplishment in Poland, where 90% of the country’s electrical power and heat comes from coal. Poland has been working to embrace renewable energy in recent years, but breaking the country’s reliance on coal has proven to be a difficult and expensive task. Kisielice may be able to serve as an example of what could be done if clean energy is taken more seriously and the town has been recognized by the European Union for its accomplishments in clean energy and sustainability.