The US hydrogen strategy and the cl...
➡️PLAY THIS HYDROGEN NEWS ARTICLE
July 19, 2014 0 By Alicia Moore 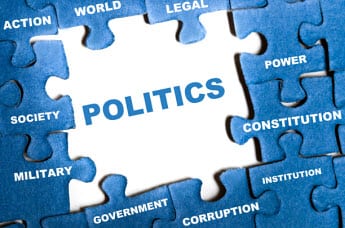 Renewable energy has captured the attention of the world. Many countries are looking for ways to break their reliance on fossil-fuels and reduce the harmful emissions that they produce every year. Clean energy has become a tool through which countries can establish energy independence and sustainability. The problem is, however, that the adoption of clean energy is slow and many prominent countries are not as eager to reduce their use of fossil-fuels as they claim to be. Politics is one of the reasons for this.

In 2011, the Intergovernmental Panel on Climate Change, comprised of leading researchers selected by the United Nations, determined that there are few, if any, technological restrictions to powering the world through the use of clean energy. The International Energy Agency claims that solar energy alone could account for much of the world’s total demand for electrical power. Government and independent agencies have examined the prospects of clean energy and found that various sources of renewable power can power the world, but renewable energy receives only modest support compared to fossil-fuels.

Climate change is a very sensitive issue, largely because it is often misconstrued as a “doomsday” scenario. The idea that humanity itself has had such a negative impact on the planet through its immense consumption of fossil-fuels is uncomfortable for many, which has lead to the climate change denial phenomenon. This denial is quite popular, which makes it valuable as a political platform. Politicians often use the controversy surrounding climate change to shift focus away from renewable energy and toward fossil-fuels, using concepts such as “clean coal” to suggest that fossil-fuels pose no real threat to the environment.

Governments often control the financial aspects of clean energy. Without government support, new energy projects have a difficult time moving from concept to reality. Without government approval, these projects cannot be connected to an existing energy infrastructure and often lack the funding they need. Government support also has an effect on private investments. In the U.S., the wind energy sector had thrives through the federal Production Tax Credit, which provided financial aid to various wind energy projects. When this initiative was allowed to expire, private investors became less enthusiastic about wind projects and many stopped funding these projects.

Economics may serve as a way to break the influence that politics has on the energy sector. Renewable energy is often praised for its economic prospects. Fossil-fuels are becoming more expensive, but generating energy from a renewable resource, such as the sun and wind, is becoming less expensive. Moreover, new energy projects create a demand for temporary and permanent jobs, and these jobs spark economic activity wherever new energy projects are taking root. Many politicians throughout the world are highlighting the economic potential of clean energy, hoping to dispel some of the political nuances that exist in the energy field.