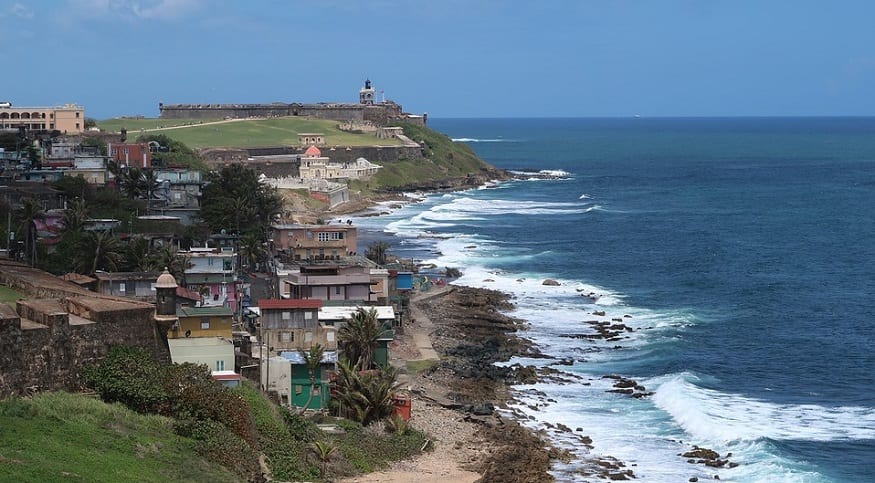 The recent passing of a Puerto Rico renewable energy bill has set a goal for the island US territory to become 100% reliant on renewable power by 2050, and 40% by 2025.

The new legislation also calls for the banning of all coal plants.

For decades the island has relied on diesel and coal for electricity. However, the new Puerto Rico renewable energy targets outlined by bill PS 1121 (which the Puerto Rico senate passed on March 25) will see the American territory stepping away from these dirty fossil fuels.

Under the new legislation, the banning of coal plants will begin in 2028 and the implementation of several solar-friendly policies will begin, such as:

Puerto Rico renewable energy efforts have been increaed since the devastation caused by Hurricane Maria.

After Hurricane Maria hit Puerto Rico back in September 2017 and virtually wiped out the island’s decades-old power grid, Puerto Rico has placed its focus on obtaining power from renewables.

“This bill is a huge step in building a sustainable future for Puerto Rico,” said Senator Eduardo Bhatia, a leading proponent of PS 1121, CleanTechnia.

“Now we can move forward in developing an economy built on strong foundations that will provide more opportunities for future generations. By embracing renewable energy, our islands can reduce the reliance on fossil fuels, benefiting both the natural environment and our economy.”

Puerto Rico’s renewable energy goal puts the island in a position to become a model to other island nations in the world who seek to transition away from fossil fuels to generate energy. What happens in Puerto Rico could be a

guide for other islands which are subject to the same negative economic and environmental impacts that result from relying on power generated by only fossil fuels.