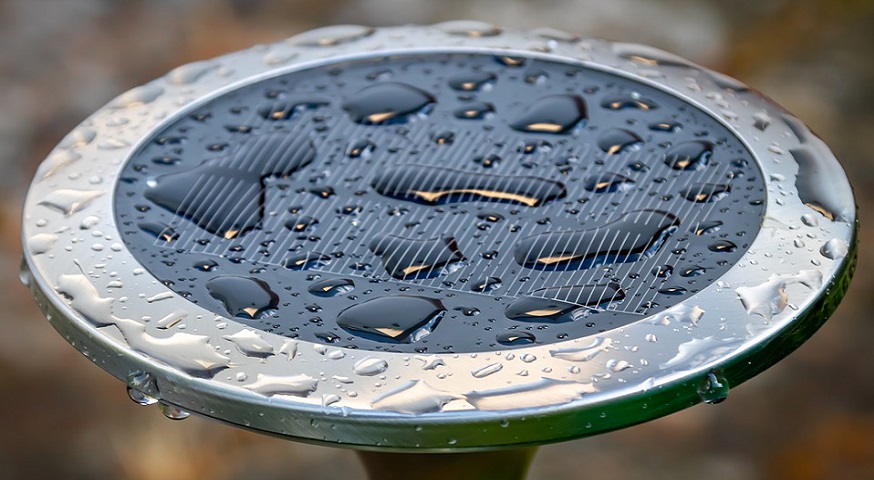 A team of researchers from Saudi Arabia’s KAUST (King Abdullah University of Science and Technology), have developed a device that generates both clean drinking water and power from the sun using only renewable energy.

“The water-energy nexus is one of the main issues threatening sustainable global development,” says Wenbin Wang, a Ph.D. student in Peng Wang’s labs at the KAUST’s Water Desalination and Reuse Center, reports EurekAlert!

Professor Peng Wang and his team wanted to improve upon this deep interconnection and developed a device to make both the production of energy and clean water more efficient and less wasteful.

The researchers designed an integrated device that can capture the wasted heat of solar panels and use this heat to produce fresh water.

The device can produce up to 1.64 liters of clean drinking water per square meter of solar panel, every hour.

Traditional, commercial solar panels have a maximum efficiency of 20%. The remaining 80% is wasted and sheds into the surrounding air as heat. The KAUST device has a stack of water channels that are separated by porous hydrophobic membranes and heat conduction layers, which are attached to the underside of a commercial solar photovoltaic panel.

Instead of being shed into the air, the waste heat from the panel vaporizes seawater in the uppermost channel. The vapor crosses the porous membrane and condenses as fresh water in a clean water channel just below. As the vapor condenses, its heat passes through a thermal conduction layer to the next seawater channel, recycling the energy to produce more purified water.

The device uses three stacked layers of water distillation channels and passes energy from layer to layer. In their study, which was published in the journal Nature Communications, the researchers’ device produced up to 1.64 liters of water per square meter of solar panel service, every hour.

Wenbin says that this is more than double the clean drinking water output of traditional solar stills, which use

a one-stage design. It was also noted that the solar panel’s electricity output was not affected by the water desalination process that was occurring just beneath it.