The rise of renewable energy could save the United States billions of dollars as well as saving lives, according to a new study from researchers from Duke University’s Nicholas School of Environment. The study found that committing to the emissions reduction target established by the Paris Agreement will have a major financial impact on the country. There have been concerns that sticking to these targets would actually create more cost than benefit, but the study suggests that this is not the case.

Currently, the United States aims to reduce the production of harmful emissions by 80% by 2050. The country also aims to embrace renewable energy more aggressively through its new Clean Power Plan. The plan calls for further emission cuts and for the country to distance itself from fossil-fuels. Cutting emissions actually has a cost, largely due to the modernization of infrastructure and the adoption of clean energy systems. The study notes that the cost of emission cuts through the Clean Power Plan will stand at approximately $9 billion.

Cutting emissions can save the US $250 billion annually 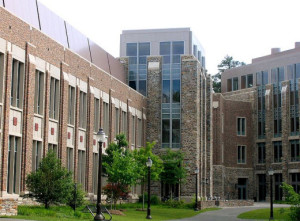 While cutting emissions production will be costly, the financial benefits of doing this are extraordinary. The study shows that the U.S. could save as much as $250 billion annually, which severely offsets the cost of emissions reduction efforts. These efforts would also have longer-term climate impacts, which may translate into benefiting the lives of people living in coastal areas. Fighting climate change has become a major priority for the United States, as it believes that this phenomenon could have a major economic impact, as well as affect the lives of millions of people throughout the country.

US continues to support clean energy and transportation

The U.S. has begun to show strong support for various forms of clean power, with solar and wind energy receiving the majority of this support. The country has hit major milestones in terms of installed wind and solar capacity in 2015 and has also begun to focus on embracing clean transportation as a way to effectively cut emissions production by a significant margin.