Is Renewable Energy Worth It?

Clean energy has become a priority for many countries throughout the world. These countries are working to reduce their negative impact on the environment by cutting down on the emissions that they produce and distancing themselves from fossil-fuels, such as oil and coal. Some are doing so for environmental purposes, hoping to mitigate the effects of climate change, while others are focusing on the economic prospects of clean energy. New forms of power are not inexpensive, however, and the cost of renewable energy may be offsetting its viability.

Clean technology is quite costly. Typical home installation of solar panels costs between $18,000 and $40,000. This involves the purchase of a photovoltaic system along with its installation. A single wind turbine that is able to generate a significant amount of electrical power can cost as much as $350,000. Fuel cells and other clean energy systems are also quite expensive, which makes their adoption among consumers and businesses alike difficult. The return on investment that renewable energy brings to the table may not be enough to justify its high upfront cost, in some cases.

The ultimate value of renewable energy largely depends on the returns that investors can see from it. For homeowners, whether or not a clean energy system can lead to savings on energy bills in the future often determines adoption. This is also true for businesses that want to use clean power. Countries that are investing in clean energy have a more long-term view of the matter. Many countries are willing to invest massive amounts of money in clean energy now in order to gain some financial return far off in the future.

So, is renewable energy a good investment? In terms of business, relatively few companies see significant financial losses from embracing clean energy. These companies do have high standards when it comes to return on investment, however. According to a survey from Environmental Leader, many companies want to see at least a 20% annual return on the investments they make in clean energy. Typically, returns come in at 15% in regards to clean energy. Homeowners are more likely to see returns on their investment in clean energy systems, but whether these returns are enough to justify a large upfront investment is an issue of personal discernment. 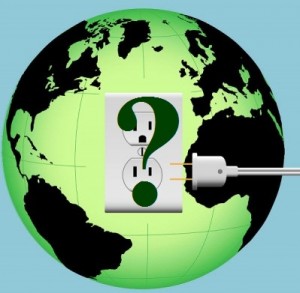 Whether or not renewable energy is a worthwhile investment is a difficult subject. What could provide some valuable insight on the topic is whether or not the financial impact of climate change is worthwhile. Increasingly powerful natural disasters, energy shortages, and a variety of other issues relating to climate change may be enough to justify investing in clean energy, but only on a grand scale. For individuals and businesses, the matter often comes down to what money is available right now and whether or not more money will be available in the near future.