Leaky gas wells are the culprit behind water pollution in Pennsylvania and Texas.

Although it is often feared and speculated that fracking could lead to groundwater contamination and affect the drinking water of nearby residents, and while cases of tainted groundwater have occurred in regions of Texas and Pennsylvania and were blamed on the controversial practice, a new study says that the contamination was caused by faulty natural gas wells and not the drilling process.

Scientists found evidence during their research that suggested hydraulic fracturing was not the source of the problem.

The study comes from The Proceedings of the National Academy of Sciences (PNAS). After taking into account many cases of suspected water contamination, the scientists concentrated on eight fracking wells in Texas and Pennsylvania. During their research, they were able to chemically connect the tainted water to the natural gas wells. They utilized chemical analysis to determine at what point in the process of extracting gas that methane leaked into the groundwater.

Thomas Darrah, the lead author of the study and an Ohio State University geochemist, said that “We found the evidence suggested that fracking was not to blame, that it was actually a well integrity issue.” He added that the results the study found is good news. The reason is the type of contamination problem that was discovered is easier to prevent and fix. 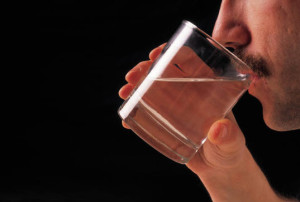 According to Rob Jackson, the co-author of the study and Stanford University environmental sciences professor, during the year of study, scientist witnessed at least two cases linked to one well in Texas where nearby residents had their water supply progress from clean to contaminated. Methane levels in the water shot up tenfold. Although Methane is not exceptionally toxic, it is highly flammable and is a greenhouse gas.

Jackson commented that he does not think residents care what part of the process has tainted the water, “They just care that their lives have changed because drilling has moved next door.” Jackson and his colleagues have been studying tainted water around gas wells for years.

Fracking is still not in the clear.

Darrah stated that the leaky gas wells are a problem that the gas industry has been aware of for decades. Jackson also said that while there is no proof, it is possible that the bends in unconventional wells and the high pressure of hydrofracturing could cause problems with the piping in the wells.

Anthony Ingraffe, a Cornell University engineering professor, who did not take part in the study, praised the research but said that “There’s still serious and significant harm from what’s coming before fracking and what’s coming after fracking.”