New catalyst comprised of graphene quantum dots has been created

Researchers at Rice University have developed a new catalyst that can be used in fuel cells. The new catalyst is comprised of graphene quantum dots that are meant to attach themselves to graphene material. The dots have shown that they can outperform platinum when it comes to facilitating some of the chemical processes found in fuel cells. This alternative catalyst could go a long way in improving the attractiveness of hydrogen fuel cells, especially when it comes to cost.

For many years now, fuel cells have received harsh criticism because of their expensive nature. These energy systems make use of platinum in order to effectively generate electrical power. Platinum is quite expensive, but is favored for its resistance to chemical reactions and for its various other properties. Using platinum means that fuel cells are costly to develop and commercialize, however, which makes these energy systems somewhat unattractive when compared to other forms of clean energy. 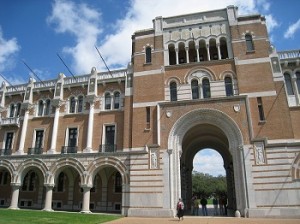 Researchers from Rice University believe that their new catalyst could be a major boon for fuel cells. The catalyst is made primarily of graphene quantum dots and graphene oxide sheets, which are affixed to self-assembling nanoscale platelets that are treated with a nitrogen and boron solution. The solution allows for more catalytic activity to occur throughout the catalyst and the graphene quantum dots have exhibited a high degree of conductivity.

The materials requires to make the catalyst are significantly less expensive than platinum. This means that fuel cells using this catalyst would also cost less. As fuel cells begin to gain more popularity as primary energy systems, finding ways to reduce their overall cost is becoming more important. If fuel cells continue to become more affordable, they will likely find more support in a variety of sectors that are interested in renewable energy.