Researchers from Helmholtz Zentruc Berlin and TU Darmstadt have developed a new material could help hydrogen fuel cells become more efficient and less expensive. Traditionally, fuel cells make use of catalyst comprised of platinum. This makes fuel cells quite expensive, thereby making them less attractive when compared to other forms of renewable energy. Fuel cell developers, as well as those interested in using these energy systems, have been looking for ways to make fuel cells less expensive for some time and focusing on the development of new catalysts may be the best way to accomplish this.

The researchers are making use of a iron-nitrogen complex, which is affixed with graphene “islands.” The research team is currently testing whether or not the new catalyst can perform on par with conventional catalysts. Researchers suggest that initial tests have shown that the catalyst is nearing the performance capabilities of platinum catalysts, but more work may be needed to ensure that the catalyst could be used in future hydrogen fuel cells. 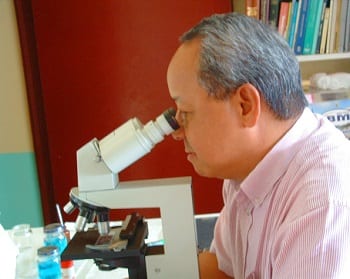 Hydrogen fuel cells are becoming very popular energy systems, especially among organizations that are interested in using renewable energy. These energy systems are particularly popular in the auto industry, where several companies are using them to power a new generation of clean vehicles. These vehicles run off electricity produced by fuel cells through the consumption of hydrogen. While interest in these energy systems is growing, their cost if becoming a major issue for several companies. This is because they make use of a significant amount of platinum.

Researchers believe that their new catalyst could be used in a variety of fuel cells, including those that operate off natural gas. Fuel cells using this catalyst may be considerably less expensive, but researchers will have to find ways to ensure that these energy systems can perform on par with their conventional counterparts. Otherwise, fuel cells using the new catalyst are unlikely to find the success that they need.